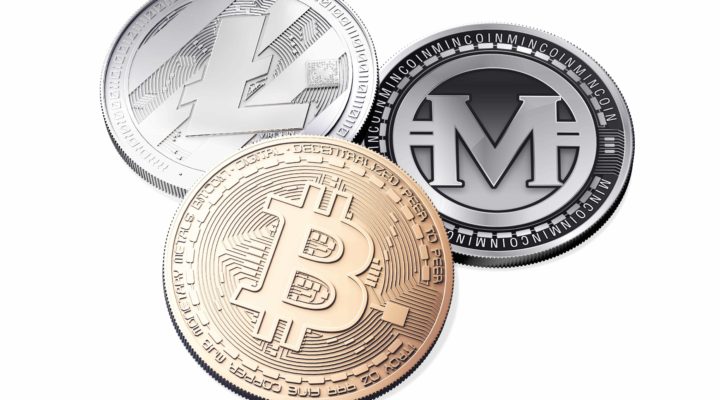 The battle between the worlds biggest cryptocurrency and the incumbent altcoins is getting fierce! Bitcoin is the first cryptocurrency to be launched in the world. It is also the most popular and widely accepted globally and has a total market capitalization of over $170 Billion dollars. However, there has been a significant and growing competition between Bitcoin and other cryptocurrencies which are collectively referred to as altcoins. The greatest threat to Bitcoin’s success is not regulation from central banks or government organizations.

The real threat consists of competitor cryptocurrencies that have been developed after the establishment of the bitcoin protocol. These incumbent digital currencies leverage the technology behind bitcoin and replicate its general mode of operation. Most of these cryptocurrencies are newer versions or “forks” of the original software and incorporate significant technology improvements.

There are now over 1000 digital cryptocurrency altcoins in the world trading and the total global market capitalization of the entire asset class is $300 Billion dollars!

The Future Potential Of Altcoins

Bitcoin is currently priced at over $10,000 per BTC. This high pricing may acts as a barrier to entry for many people. One solution is to simply by a fraction of a bitcoin, known as a satoshhi. Each bitcoin (BTC) is divisible and can be split up to exactly 100,000,000 small units. These 0.00000001 pieces of BTC are referred to as satoshi. A Satoshi is most tiny unit of Bitcoin. Another solution for less capitalized investors is to purchase amounts of some of the lower priced and more rare altcoins. These can be purchased very inexpensively, sometimes for just a couple pennies, and represent the largest potential for price increase and appreciation.

There are other advantages to buying and investing in altcoins or “Alts” as they are referred to in online trading forums and as a general slang term for any other crypto coin other than Bitcoin. One such advantage is lower costs. Many people have switched over to Ethereum and Bitcoin Cash for their operation given the fact that these two provides more cost-effective transactions and larger blockchains that can manage the huge volume of transactions more efficiently. Presently the Ethereum blockchain network is able to processes more than two times the transactions that can be processed by bitcoin blockchain technology. Many people are beginning to share concerns as to why bitcoin transactions are much slower than the other newer altcoins.

To compound the issue, a number of altcoins have features that are not found in Bitcoin. Altcoins have the same potential as bitcoin to increase in price and many provides more features than the vanilla bitcoin. Some altcoins such as MinCoin which trades under the symbol MNC process faster transactions more than 50x the speed of bitcoin. MinCoin is also much more rare than bitcoin as the supply is strictly limited to only 10,000,000 coins. Another interesting feature is that some of the alternate coins are more private than bitcoin.

Despite this fact, the Bitcoin is still a huge player in the world of cryptocyurrency. The Bitcoin digital currency has not recorded any major security failures, otherwise it would not be worth over $150,000,000,000! BTC becomes more valuable as public confidence for the use and investment in the digital currency. The Bitcoin protocol has being in operation for more than eight years now and was the worlds first launched cryptocurrency. Bitcoin is older and more time tested than the other relatively new cryptocurrencies and competing altcoins.

In addition, Bitcoin can be accessed more easily and has support from the greatest numbers of businesses, merchants, exchanges, hardware, and software. Bitcoin is to a great extent more liquid, and comes with a much broader market cap than other altcoins. Bitcoin comes with the largest biggest developer ecosystem and attracts the largest numbers of business startups who collaborate directly and indirectly with it. There are currently a large numbers of businesses like Mincoin that are structured around bitcoin which inadvertently boost the overall offer of bitcoin. Many businesses have also contributed immensely physically with a great dedication and incorporated their intelligence and creativity to improve Bitcoin and make its operation more beneficial.

The main benefits Bitcoin has over all the other altcoins, therefore, is in terms of it wide and already established network of users and proven security.

Bitcoin has a smaller history of fraud and misappropriation which are frequently witnessed in the newer altcoins, especially premined and ICO coins. This has boosted the public interest in the use of bitcoin more than in other altcoins. Cryptocurrency exchanges and Initial Coin Offerings (ICOs) are currently not regulated and prospective cryptocurrency investors are overwhelmed with the announcements of the establishment of additional cryptocurrencies on regular basis.

In addition to this, a number of altcoins have the originator and the initiator who operate like a benevolent autocrat for the altcoin and can easily influence anytime. These factors limit people from investing in altcoins while Bitcoin has gained a massive trust among people and is being currently considered as an alternative to the fiat currency. Recent BTC trading in Zimbabwe and Venezuela has demonstrated to the world which cryptocurrency is safer than the local regions own fiat currency.

In conclusion both Bitcoin and altcoins have a future in the global crypto universe. There is a place for many market participants and its reasonable to assume that in the future there will be dozens or hundreds of blockchain based cryptocurrencies which are popular around the world.

Investors that wish to diversify and consider using bitcoins alternatives such as Litecoin or even the rare altcoin MinCoin (MNC). In fact, many miners and Investors consider Mincoin to be a superior hybrid digital token that is an optimized version of Bitcoin and Litecoin. MNC is based on the massively popular scrypt hashing algorithm which makes it very popular amongs the ASIC crypto mining community. Investors and users who want more secret transactions may want to consider the altcoins Monero and Ethereum which provide many of unique features.

Please share this article and also your opinion on social media. What do you think about the competition between bitcoin and altcoins? What is your favorite rare altcoin cryptocurrency token?